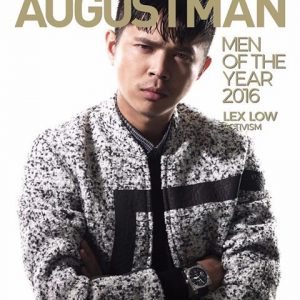 After being in the hairdressing industry for over 15 years, founder of Othrs. Lex Low found himself at a barricade in his career, which almost caused him to let go of it entirely. Even though he had come to own his very own salon, it could not mask the sense of mundanity and aimlessness in his career.
In search of real meaning in his work, Lex decided to make a radical move. He embarked on a soul-searching adventure by going back to basics.
Back to basics meant giving haircuts; just haircuts – not at a salon, and not for any paying client. Lex stripped all he had been doing down to its essence to find the joy he first had when he pursued this career. He did that by visiting orphanages and old folks’ homes to give free haircuts. This decision resulted in a profound awakening that reignited his passion for hairdressing and ultimately redefined his career from there on.
In retrospect, during the verge of Lex giving up on his career, he told himself that if he wanted to get back into hairdressing, it has to be something bigger than himself. As a result, this soul-searching journey has helped him re-focus on his passion for teaching, as well as men’s hairdressing, which are both his expertise.
His passion and skill had now found a true purpose – one that he found can equip and bring change to someone’s life. His visits to the homes and the underprivileged, including the homeless community on the streets gave him a glimpse of what it’s like to serve the community around him and the transformation it brings. This includes the culture and lifestyle in barbering, which emphasises on community-serving.

THE FRESH START: AN AWAKENING
In 2015, Lex founded his first barbershop Amplitude Barbershop (now known as Othrs.), which
partnered a guitar store Amplitude Music and hence, the initial name of the shop.
With the initial goal to build a barbershop catering to performing men’s haircuts, the passion to
serve the community was still burning strongly. This eventually became a vision and mission for
the company. On top of delivering quality service to clients, the company now had a clearer
direction – a purposeful one to serve the community.
What started as a business, has now become a vehicle for transformation – from cutting hair, to
teaching the skill, to building businesses that continue to empower others to grow in the
industry and eventually impacting the lives of people around them – whether it’d be staff
members, students, clientele, and whoever who’s part of this journey.
Thus, the name OTHRS was born.

OTHRS. BARBER SCHOOL
In the same year (2015), the Othrs. Barber School was founded with the aim to impact the
community through teaching the skill of barbering.
Supervised and educated by Lex himself, who’s a certified educator in hairdressing, having 15 years of experience under his belt, the academy focuses on training barbers to be excellent in the craft, great in client-servicing, and
steady at handling real day-to-day work at the barbershop, all through practical and real
demonstration of the works.
While the students are taught the art of barbering, they are also exposed to the heart of
Othrs., which is giving back to the community, especially towards marginalised community.
As part of the training course, students are brought to the streets and homes to give haircuts to
the underprivileged community to create awareness of the needs in our society. The barber
school also serves as financial driving force to fund the continuous community work done by Othrs.

THE BURROW
In 2017, Othrs. digs deeper to provide quality barbering services and cater to a wider market
by extending its arm with The Burrow – a barbershop with an intimate space where clients can
get a haircut and shave with compliments of their signature scalp treatment.
Each client can also count on reserving a slot with their desired barber at their preferred day
and time. Perfect for working-class gentleman in the midst of the hustle and bustle of the city.
For more info, visit www.theburrow.simplybook.me

GIVING BACK: TOUCHING LIVES ONE HAIRCUT AT A TIME
Project: Hairdressing Class at Dignity For Children Foundation
It started with a small step in 2014, when Lex volunteered as an hairdressing educator at
Dignity for Children Foundation (DFC), a school dedicated to underprivileged children with the
goal to break the cycle of poverty through education.
In request for financial aid to sponsor these children, Lex posted a simple blog to spread the
word about this project. Help came swiftly, and it was enough for Lex to purchase a basic set of
hairdressing tools sufficient for a classroom of 7 students as he prepared the course outline for
this class. Just like the Othrs. Barber School, the students of this class are also brought
to orphanages and old folks’ homes as part of the course.
Many students of this course are now residing in the United States with careers in hairdressing.
To date, Lex is still teaching in this ongoing program.

Project: Cut x Dignity
Three years after running the hairdressing class in DFC since 2014, the class has now expanded
to become a full-fledged hair salon, which is run by the school’s graduates themselves.
Located in Sentul Boulevard, this expansion serves as a transformational enterprise founded
by DFC to run a salon, in which funds raised will be used to continue to teach more students who are underprivileged.
What used to be just a classroom has now become an ecosystem and enterprise to run the
children’s educational programs, as well as a platform for future employment opportunity for
the students.

Barbering Sponsorship Course: To sponsor 10 underprivileged youths
(ex-convicts, exaddicts,orang asli, urban poor)
In 2016, Othrs. reached out to the underprivileged youths by conducting classes to teach
barbering with the aim to provide a career path in efforts to break their cycle of poverty.
Beyond the skill of barbering, the youths are taught self-discipline and responsibility. Evidence
of growth in these youths is seen through their transformation from being timid and shy
individuals to engaging barbers who have healthier a self-confidence and able to present
themselves in society.
The students are empowered through opportunities to serve real clients during organised
outdoor events in the city and in the barbershop.
Three orang asli youths were trained, and now are employed as working barbers at Othrs.

Asli Barbers Project: To sponsor 10 orang asli (indigenous people)
In the same year, OTHRS members conducted talks in villages regarding the topic of personal
hygiene and provided haircuts (by the very youths mentioned above who were given the
barbering sponsorship) while looking for more potential students to sponsor, also in efforts to
provide a career path for them with the skills of barbering.

Reaching Out To The Streets
On a monthly basis, Othrs. reaches out to the underprivileged in the city, especially individuals
like the homeless and urban poor by providing free haircuts, as well as collaborating with
various non-profit organisations (NGOs) to provide food, clothing, medicine, and also job
interviews for those in need – all in the efforts to connect with these individuals, allowing them
to be heard and to help them see a better future.